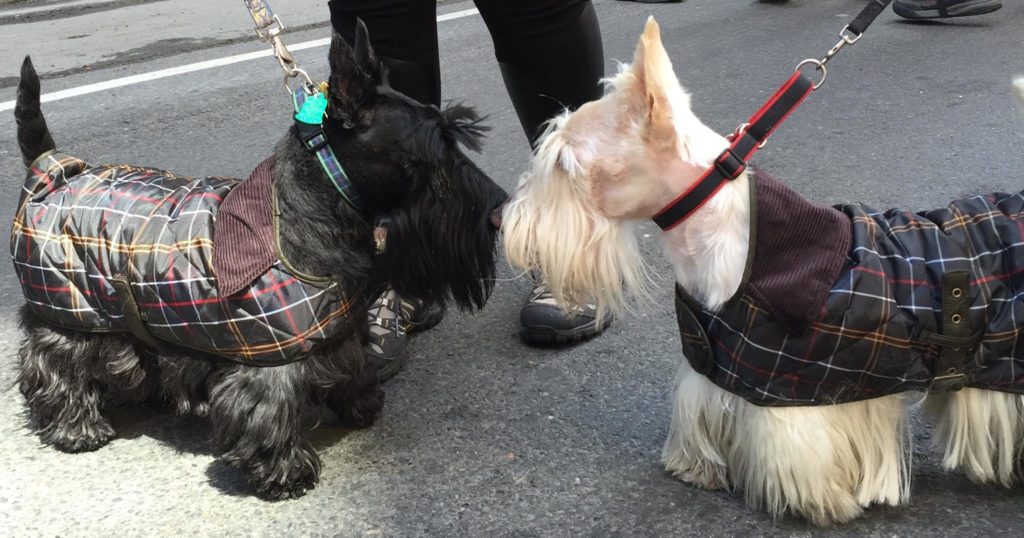 Some 30,000 spectators will watch 1,500 participants, including solo pipers, drummers, full pipe bands, highland dancers, Scottish clans and our iconic Scottish dogs, as we march from 45th Street to 55th Street up Sixth Avenue.

STCGNY is registered as a group and we hope you and your pup will join us! The Parade starts at 2.00 pm at West 45th Street and marches up 6th Avenue to 55th Street. Line-up is at 1:00 pm and will be on the side streets near 6th Avenue and West 45th street.

The Groups competition will be judged by internationally acclaimed psychologist, Dr. Pamela Stephenson who is married to Billy Connolly, the Grand Marshal of the NYC Tartan Day Parade. 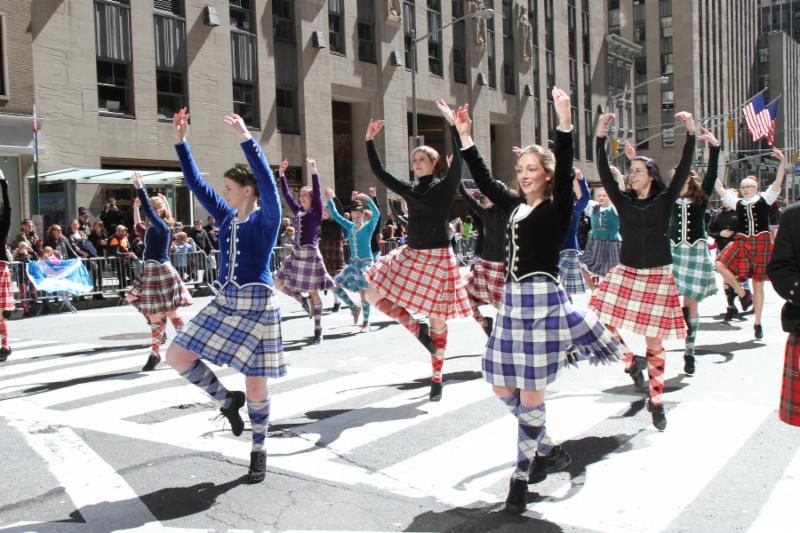 The History of Tartan Day

April 6th has been designated as National Tartan Day, a day for celebrating Scottish heritage and pride. The NYC Tartan Day Parade is usually held the Saturday nearest Tartan Day. The days before and after the Parade are called “Tartan Week” and are filled with a full range of Scottish-themed events. This event is part of Carnegie Hall’s Migrations: The Making of America festival.

In 1998 the U.S. Senate declared April 6th to be National Tartan Day to recognize the Scots, and Scottish-American’s contribution to building America. In 1999, two pipe bands and a small but enthusiastic group of Scottish Americans marched from the British Consulate to the UN –the first New York Parade. Since then, the parade has grown to include hundreds of pipers, thousands of marchers and many more thousands cheering from the sidelines.