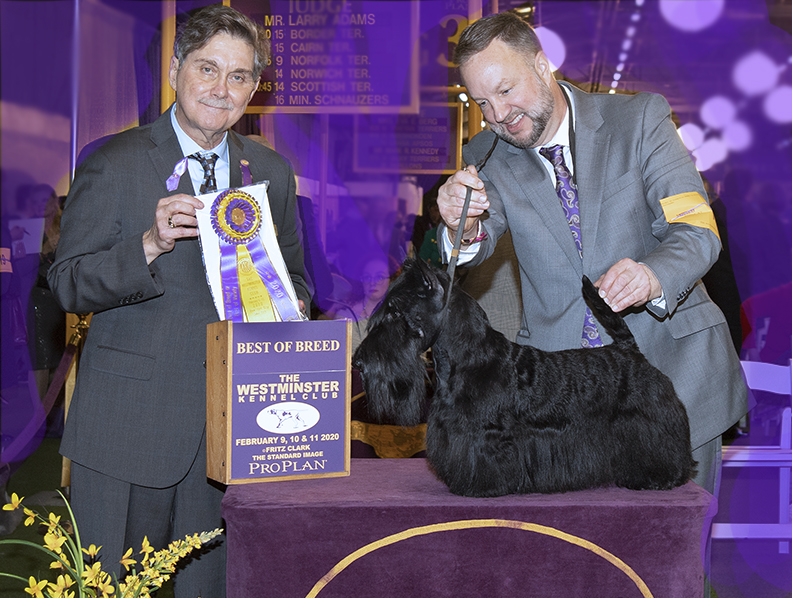 January 13, 2020 NEW YORK-- CH Ceilidh's Corryvreckan of the Royal Dragoons (call name Corry ), a three year old black male Scottish Terrier, took the title of Best of Breed at Westminster today at Pier 94 in Manhattan. Brilliantly handled by Geoff Dawson, Corry was bred by and is co-owned by April Green, and Tambre Knox, both of whom are members of The Scottish Terrier Club of Greater New York.

"We were honored for Corry to compete at Westminster with such outstanding and accomplished Scottish Terriers. It was a highly competitive ring and every Scottie there showed exceptionally well," said April Green. "We were thrilled that the judge valued the qualities that Corry brought to the ring that day. It was a dream come true!" 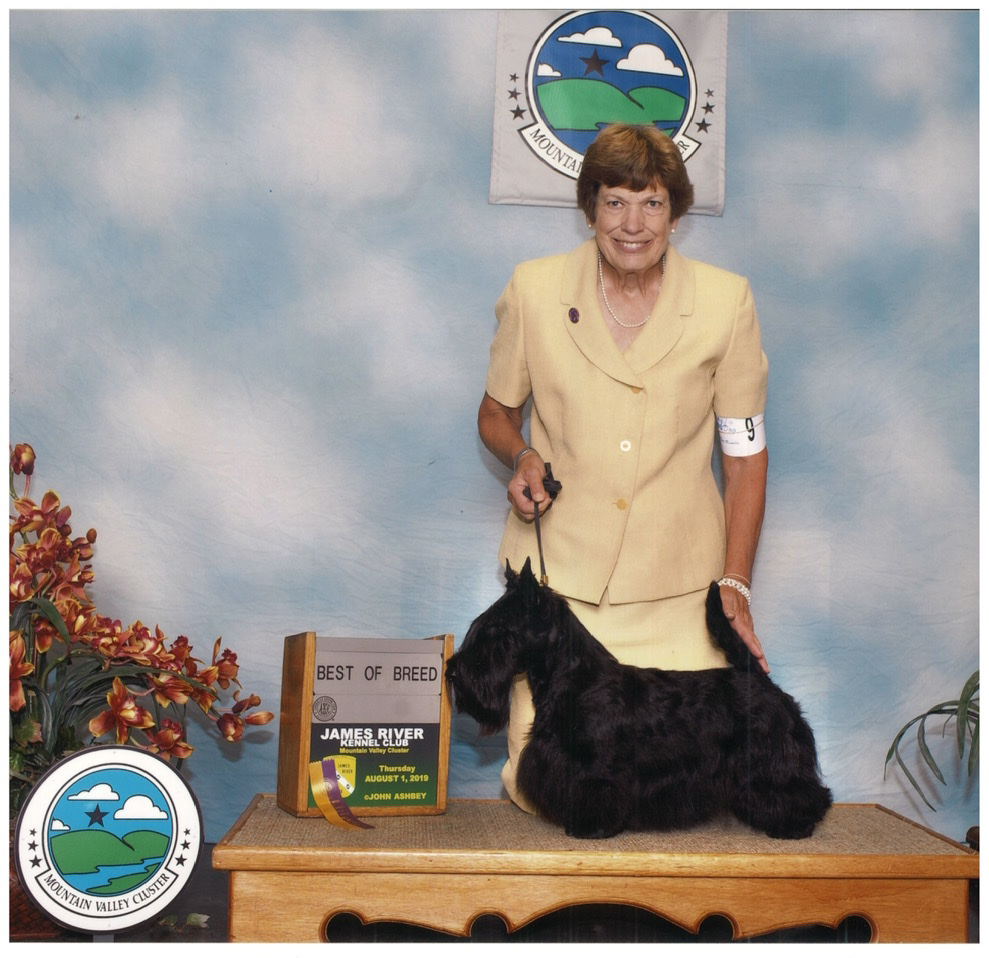 Rhegal is an almost two- year old black male Scottish Terrier who has been extensively campaigned by his breeder, Susan Finn, and by the respected professional handler, Margery Good. He was successfully handled at Westminster by R.C. Carusi.