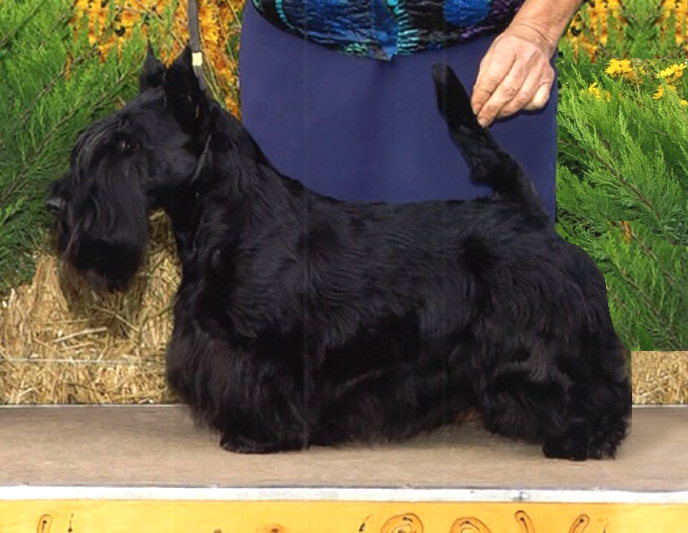 The 144th Annual Westminster Kennel Club Dog Show takes place in New York City on February 8th, 9th, 10th & 11th. The daytime classes, which include conformation, agility and obedience, will be held at Pier 94, 711 Twelfth Avenue, (W.55th St. at West Side Highway). The evening exhibitions include the conformation Groups, which will be held at Madison Square Garden, in Pennsylvania Plaza, 31st to 33rd Streets, between 7th and 8th Avenues.

There will be 14 Scotties entered in conformation, and at least one in agility at Westminster this year. All of the conformation Scotties will show on Monday, February 10th in Ring 2 at 10:45 am, at Pier 94. Then, the one Scottish Terrier that wins Best of Breed in the class on Monday, will compete Tuesday night in Group competition at Madison Square Garden, which will be followed by the Best of Show.

Scotties have had some success at Westminster over the years. In 1911, a Scottish Terrier named Ch. Tickle Em Jock won Best in Show at Westminster. In 1945,  Ch. Shieling’s Signature took the honor. In 1950, Ch. Walsing Winning Trick of Edgerstoune was the Best in Show.  Ch. Carmichael's Fanfare was Best of Show in 1965 and Ch. Bardene Bingo  was Best of Show in 1967. It was almost 20 years until  Ch. Braeburn's Close Encounter  was victorious in 1985. Exactly 10 years later,  Ch. Gaelforce Postscript  was next,  in 1995.     Ch. Roundtown Mercedes of Maryscot , also known as "Sadie" was the most recent Best In Show, winning in 2010.

As of January 31, all tickets to Westminster were sold out, but you can enjoy all the excitement with the free Westminster app, or online. Go to this link to find out specifics about days and times.

Will a Scottie win the title Best in Show this year? Keep your fingers crossed! 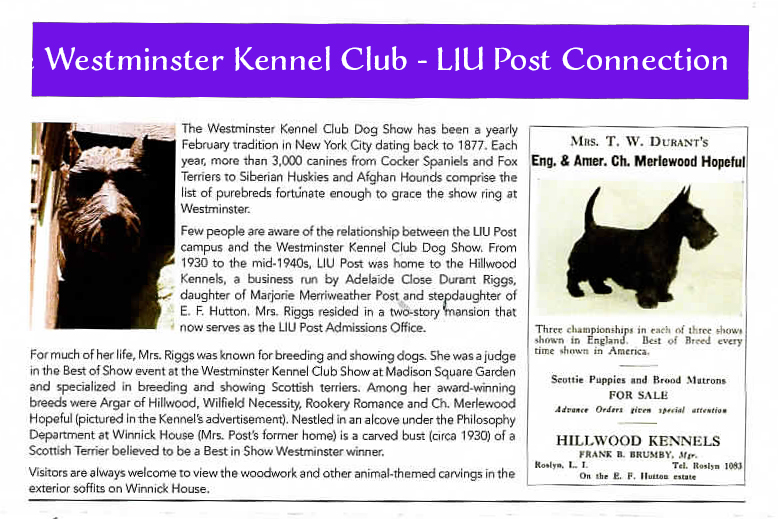