A lovely litter of SEVEN beautiful Scottie babies  was born 6/30/22 to Destiny & Fireheart Scotties! Now residing in North Carolina. 3 females 4 males all black. One female and one male still available as of 9/13/22. Vaccinated, vet checked and microchipped. Dam is Destiny's Full of Grace and Sire is Just A Firecracker Nice N Spice. Raised with Puppy Culture! Email FMI destinyscots@hotmail.com Check it out: Puppy Culture.com and visit us on Facebook at Destiny & Fireheart Scottish Terriers OR Everything Scottish Terriers USA! 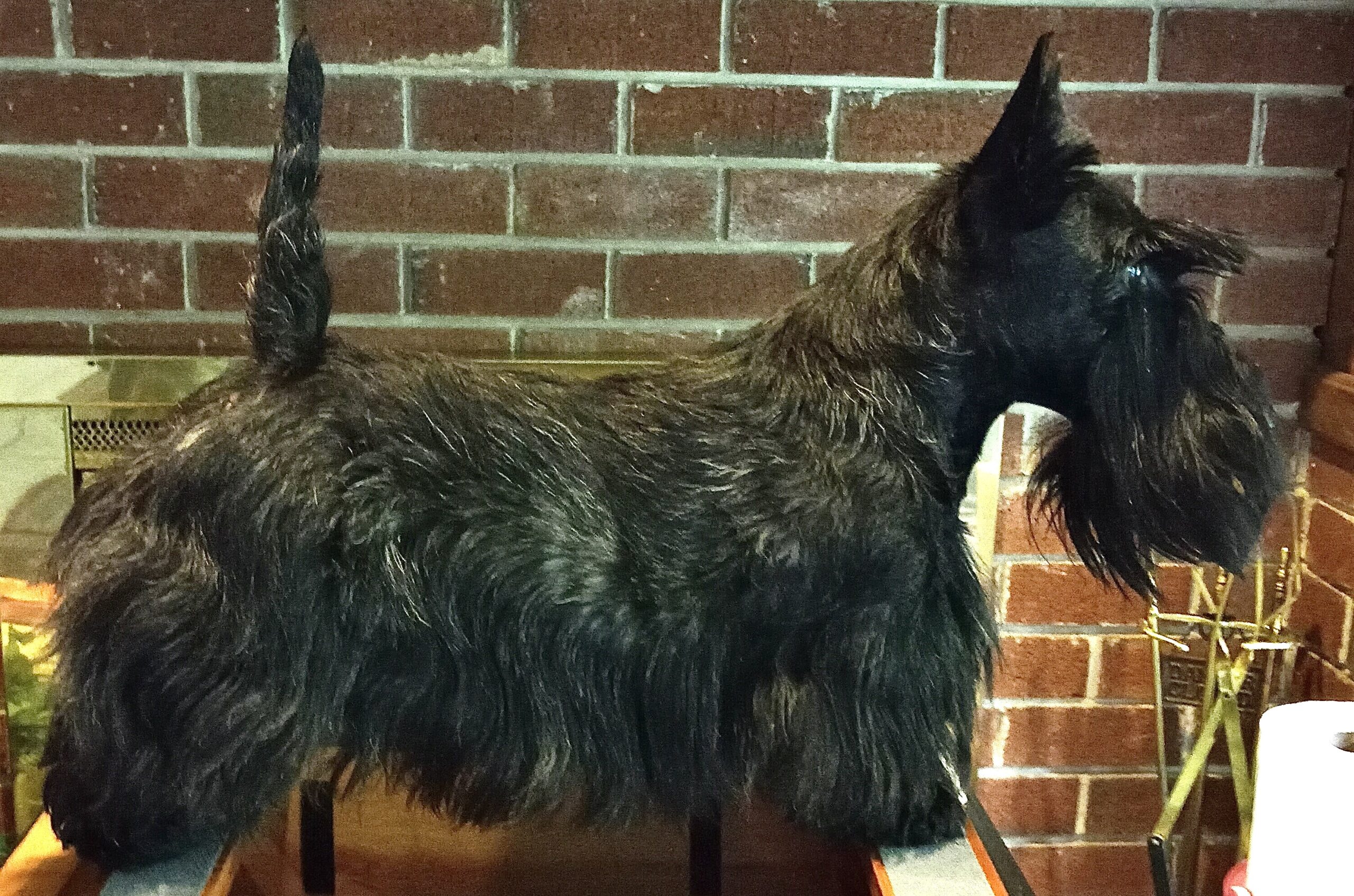 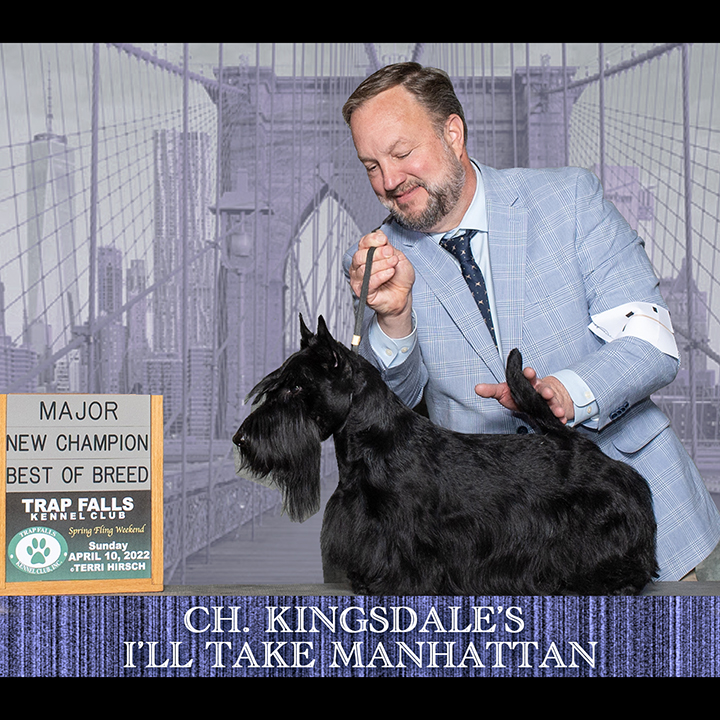 Dana reports: "Kingsdale's I'll Take Manhattan, (aka Numa) who is co-owned by Gabe and Elizabeth Benzur, and me, finished his Championship in great style with a Best of Breed at the Trap Falls Kennel Club on April 10, 2020, under judge Mrs. Wyoma M. Clouss. Numa's sire is CH. Charthill Macdavren Laird of Moss Mountain, Dam is CH Glenn Eyries You be U at Kingsdale! We are enormously thankful to Geoff Dawson for his superb conditioning and handling of Numa!"